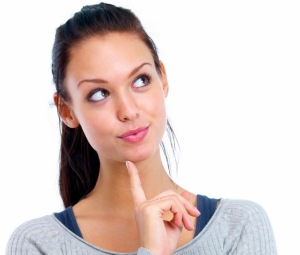 Remember Hansel and Gretel? They ate the gingerbread house and got captured by a witch who wanted to bake them in the oven. Would the readers of that text expect that the Brothers Grimm wanted them to kill all witches by baking them? If I told you a story about a rapist who got away, does that mean I approve of rapists? Does the author of World War Z think that’s the way the world should be, overrun with zombies?

The answer to all these questions is no. Now, what if these stories were a part of a religious text; would the answer change? No. Yet, there are some people who say that it would. These people check their brains at the door and seek to obey whatever the text says. But, if you keep your brains with you as you read, you realize we all bring some things to the text with us, such as knowledge of how to be a good human. Although some are better at that than others. Just because something is a religious text doesn’t relieve us if the responsibility of doing the hard work of identifying what is good and bad in the story.

The Old Testament should be approached in the same way. The Bible contains a story of a man who killed his girlfriend, shopped her in twelve pieces, and sent them to the twelve tribes of Israel. Did the author approve of this? Solomon had 700 wives. Is that OK? A man sacrificed his daughter to God. Should we emulate that?

The answer to all these questions is no. But, that’s because I don’t check my brains at the door. We must all do the hard thinking and decide what’s good or bad in these stories. What, if anything, applies to me? Who was it written to? Because it was written to them do I have to follow it? Why was the practice of slavery given guidelines which eventually stopped it instead of stopping it right away?

The point is that the stories in the Bible are complicated and should be allowed to challenge our thinking. Just because something is in them doesn’t mean it should be emulated. Just try to follow “an eye for an eye” and “turn the other cheek.” Both can’t be done at the same time. The former may be appropriate in certain legal circumstances and the latter is something that will cause you to be taken advantage of every time you practice it.

If the reader of the Bible is looking for principles to live his life by, he would do better to emulate the life of Jesus. He was a good human. After all, that’s what we are really trying to be. Some of the same principles can be found in Old Testament passages, but it takes more work to figure them out. Just don’t check your brains at the door.

The goal of a horror film is to strike fear in the heart of the watcher. Audiences react in horror to a grotesque scene or a surprise jump in a dark hallway. These fears only last as long as it takes for you to get your scream out. (or jump or whatever you do) However, there is something about zombie movies that comment on the human existence. The zombie is man stripped of whatever makes him human. All that was of value is lost and only the drive to eat remains. While this is make believe, in real life people are afraid of losing themselves. Certain proclivities that a man allows have the potential to overtake him. Man becomes a slave to addiction. (drugs, alcohol, porn, etc.) In pursuit of that one thing families are destroyed, futures are destroyed, children are hurt, and jobs are lost. Everything that was once loved and cared for is gone. The man himself loses who he is. After a while he might come to his senses, but the pieces of his life that formed a coherent whole are lost. He must now pick up what is left and form a new whole.

A good example of this is Jack Torrance in the movie The Shining. His addiction was alcohol. When he drank he became a different person and his anger poured out of him destroying everything around him. He tried as hard as he could to control himself. He stopped drinking and got help. But after taking a job as a caretaker for a huge hotel in the off season, Jack withdraws into his own world in which his family turns against him. In reality they love him, but he sees them as if looking through a tainted window full of betrayal and deceit. Soon he turns against them. Somehow he finds alcohol in the abandoned hotel and acts on every fear within him. His wife and child barely escape with their lives. As they leave, he comes to himself just for a moment, enough to see that any vestige of life that might have remained within him is hopelessly lost, and in the culmination of his addiction he dies.

The potential of this degeneration lives inside of every man. Like fighting an enemy, we try to keep the evil at bay. Time goes by and weary we give up the fight. Evil then takes what we care for the most and dashes it upon the jagged edges of addictive behavior. Broken, we look at all we lost wishing to God we had kept up the fight when we had the chance.