You can do the same selfless acts that a Theist can do and even more if you determine to, but can you really be selfless? You may say as another Atheist said,

Can you explain why my disabled, unemployed friend, who is a Christian, can’t find anyone to help him move his belongings from his storage unit to his house, so I, an atheist, am going to borrow a truck and spend a second day, (a day that I desperately need to be working) moving stuff for him?

There’s a bit of pride and selfishness in this oddly self-serving statement. Notice how this man’s “I” is better than the “I” of the man who’s not helping to move the man’s things. Self is magnified here when it should be diminished. Selflessness actually takes more than most of us are willing to give. A man may serve another man and be selfless in his acts, but selflessness goes beyond acts. It means that your “self” is abandoned in order to promote the “self” of another. Your “Self” or “Identity” is lost in the process. Who you are means nothing compared to the person you are serving.

But, why would you give up your “self” for another human being that is just as flawed you? Each man is just as capable of lying, cheating, stealing, murder, rape, and abuse as every other man. None of us are prefect. Why would you, as a flawed man, lose who you are in lifting up another flawed man? Certainly, it is good for mankind to serve one another, but the only selflessness that is worth practicing is toward a perfect individual. Therefore, I conclude that losing my “self” to the “self” of God, who is perfect, is the only worthwhile selflessness worth practicing. 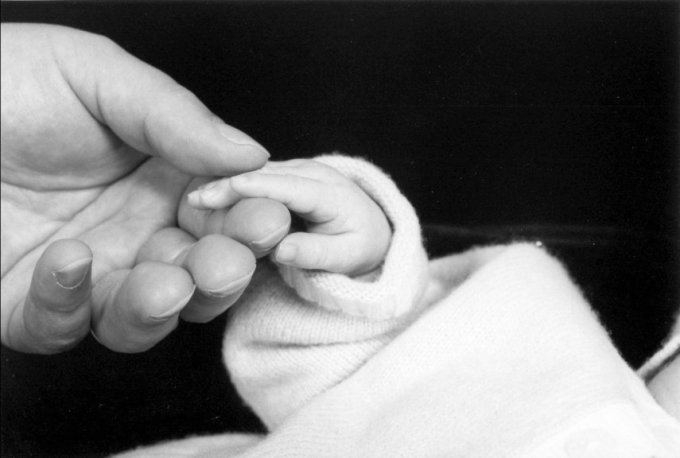 It was the night of sacrifice. The air was heavy and damp with sticky summer heat. Sweat covered one’s body like an oily film.

Molech’s image glowed against the dark, deeply clouded sky. The figure was ominous and awesome—a beautifully sculpted, dramatic bull’s head atop a powerful, muscled body of a man. Tilka’s heart pounded in anticipation of the night’s sacrifice. It was anticipation bred of devotion, yet mixed with anguish and silent terror. It was her firstborn son who was to die in Molech’s glowing, red-hot arms.

Tilka knew there was no alternative but to sacrifice her tiny son. It was the law and the way of her people. All her life, she had worshiped before Molech and Baal and the other gods and goddesses. When she had come of age, her family went to the temple together, each going in to the temple prostitutes. That was where she lost her virginity in the service to their gods. She knew it was the right thing to do.

And she had taken part in the sacrifices, watching other mothers place their innocent, newborn sons in the outstretched arms of the terrible, flames-filled Molech. It was a humbling experience. She always felt sympathy and pride for the mothers who gave up their children. It was necessary to ensure good harvests and even future fertility of the women.

Tilka knew that one day she would have the opportunity to serve the gods with the ultimate sacrifice. She knew she would have to give up her firstborn son, and knew she would. It had to be done. It was the law and the way of her people. She was always proud to be a servant of Baal and El and Molech.

She dressed in her most elegant and revealing gown. Tonight she would not only offer her son to Molech, but she would again offer her body to temple prostitutes at the height of the worship ceremony. As she prepared herself, she did her best to steel her thoughts against the pain of losing her child. She had to be perfectly numb and emotionless as her innocent infant son was rolled into the hungry flames—the ever ravenous flames. If she cried or gave any indication of sorrow, the sacrifice of her son would be meaningless, and she and her husband would be barred from the temple.

Tilka went over to where her son was sleeping. He had just nursed and was sleeping soundly. She wanted him to remain as quiet and peaceful as possible as he faced the ordeal. He was such a beautiful baby boy, with handsome features and a surprisingly full head of hair. He was flawless. As she wrapped him in his blanket, momentary regret and pain flashed through her breaking heart. Yet she didn’t dare question the gods’ motives, not even herself.

As Tilka and her husband approached the hill of sacrifice, the sounds of the ceremony drifted toward them. Loud drums were being beaten rhythmically, and other instruments added to the deep din. In the distance, to the west across the mountains, thunder rumbled in counter-point, and intermittent heat lightning flashed eerily. It was a perfect night for sacrifice, for the gods were joining the worship.

Tilka shivered in the chilly air, yet she was covered with a cold, slimy sweat. She and her husband walked into the circle of worshipers, and carried their son to the priest. As they moved nearer the blazing Molech, the music became louder and more frenzied. For a moment, Tilka wanted to scream and run, taking her child with her. Yet, from deeper inside, she knew the sacrifice was right and good. And she knew she would obey her gods as she had done all her life.

She placed her son in the priest’s arms. The priest lifted the child toward the image and began chanting to the great god Molech. Attendants threw more wood into the furnace, making the fire roar with new intensity.

The music was raucous, a frantic din. It always got loudest during a sacrifice. Perhaps, Tilka guessed, it drowned out the cries of the dying infant as he screamed in agony and pain. The scantily clad temple prostitutes, both male and female, began to dance sensuously before the image of Molech, enticing the god to observe their ceremony and take heed of the sacrifice.

Tilka stood frozen, emotionless as she watched the priests handle her son. Each one took the child and intoned over him, praying to Molech, and blessing the sacrifice. Finally the child was handed to the high priest who stood before Molech’s outstretched arms. Tilka had never noticed until tonight how frightening and evil Molech’s image appeared.

The music reached a deafening peak. The dancers twirled in obscene frenzy, other worshipers joining them. It was as if a mass hysteria had begun to creep over the congregation of devout worshipers.

The priest slowly lifted the child skyward as he awakened and began crying innocently for his mother. But his mother stood still. Suddenly, the priest, not able to get too near the glowing, intensely hot image of Molech, threw the crying child into the god’s outstretched arms. The innocent child screamed in terror and pain. The odor of charred flesh immediately filled the air with its awful stench. For several moments, the child’s frantic death cries could be dimly heard beneath the noise of the instruments. The priest took a rod and pushed the blackened, charred body deeper into the flames, and the crying stopped.

The baby was finally dead. Molech was served.

Twenty-eight centuries later, Mary moved about the bedroom slowly, gathering her belongings into a small suitcase. Today was the day she would go to the abortion clinic…

What god do you serve? Have you met the god of convenience?