“The Bible teaches that the universe had a beginning. It does not teach that this beginning was recent. That is a mistaken inference based on adding up the life spans of various Old Testament figures. But the Old Testament genealogies do not purport to record every generation, and in any case, such a reckoning would take us back only as far as the creation of life on earth, not to the very origin of the universe.”

Science, however, does support the Bible’s conclusion that the universe was created, just not in the way that most Christians think. In 1929, Edwin Hubble discovered through his observations of light in the universe that the universe is growing apart. Not only was the universe expanding, but it was expanding the same in all directions. To illustrate this, imagine a balloon with buttons covering every square inch of it. As air is blown inside, the buttons get farther and farther apart.

The implication of this expansion is what brings us to the same conclusion as the Bible. Basically, if one were to travel backward in time, he would witness the universe returning to the point of origin. It would shrink in size until, at some finite point in the past, it reached a point of infinite density from which the universe began to expand. This point becomes known as the “singularity”.

“At this singularity, space and time come into existence; literally nothing existed before the singularity, so, if the Universe originated at such a singularity, we would truly have a creation out of nothing.” 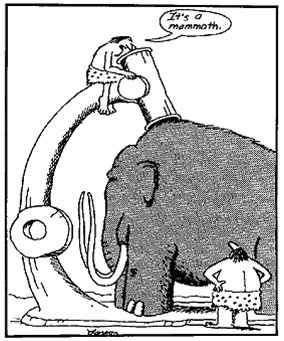 I, being from an Independent Fundamental Baptist background, was taught that the earth was only six thousand years old. The basic reasoning mainly came from the genealogies of the Old Testament. I never questioned this until a few years ago. My pastor said, recently, that he believes the earth to be around ten thousand years old. I don’t know his reasoning, but it did take me by surprise. He’ll have to explain himself at some point. I only assume that is what he was taught from whatever seminary he went to. Some account for the age of the universe by adding evolution into he process, evolution being the chief way in which God created life. I’d like to think I did not come from amoebas.

If the time calculations are true, and the universe did begin some billions of years ago, it still has no relevance as to when God created life on earth. God, existing outside of time, could have chosen any point in time to come upon a planet that was “without form and void” and create life there. He is not bound by time constraints.

Science and the Bible are not enemies as some claim.

I think time depends entirely upon motion. We can never get time right. Our calendars are becoming increasingly more accurate, but they are still not perfect. Even though we have multiple GPS satellites hovering above us that measure the speed of the earth’s rotation, they still have errors and therefore transmit an average time that we on earth use for everyday life. Not only that, but the earth’s rotational speed changes sometimes which causes us to adjust our calendars accordingly. There are other clocks such as atomic clocks, but no matter what, we are still calculating time based on moving objects. All matter in the universe is moving and expanding in the same direction. There is no still matter with which to find absolute time. At least no still matter has been observed.

Light is a constant in the universe. It travels at 186,000 miles per second. Its speed cannot be added to or taken away. However, movement of mass can affect the order in which we perceive time. 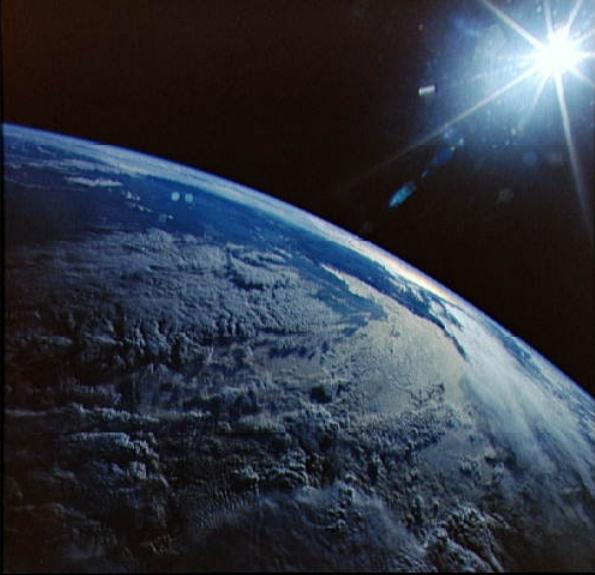 If a person on the sun and a person on the earth wanted to synchronize watches they would have to do so by means of transmitting signals. Whatever signal they use it cannot move faster than the speed of light. It takes approximately eight minutes for light from the sun to reach the earth. The two observers conspire beforehand for the observer on the sun to transmit a signal to the earth at the point that his watch reaches exactly twelve noon. Seeing that the man on the earth will receive the signal at 12:08pm, he must send a message by signal to the person on the sun that his watch reads 12:16pm and thus they will know that their watches are synchronized.

Undoubtedly, we are all moving in ways that we do not comprehend. The universe is expanding outwardly. Our galaxy is traveling in a particular direction. Our solar system is moving with respect to our galaxy. The earth is rotating around the sun, and spinning on its axis. On earth we are all moving, walking, talking, and gesturing. Indeed, even when we are “standing still” on earth, not only are we subject to the motion of the universe, but our circulatory system is also moving independently of our own will. If somehow we found a way to be absolutely still, death would certainly come thereafter.

The problem here is that there is no 3rd party to communicate to us how we are moving, and in order for that person to do such a thing he would have to be standing absolutely still with respect to the entire universe. Now the question comes: how would a person like that see time? To be standing still is to be outside of time itself.

It is said that outside of time one can enjoy the sum of his existence without the need for a past or a future. Many try to replicate this on earth with transcendental meditation and many other “mind-freeing” techniques. However, these are all lies. As any sane person knows, inevitably they will reach a point where the next minute must come to pass and they must deal with what the future brings.

A friend of mine told me about a drug trip he experienced. He said that right after he took the drug he was uncertain how much time had passed. He stood still in his kitchen and decided to go into the living room. But the next time a thought came to him he was still standing in the kitchen and he had no idea how much time had lapsed. Seconds could have passed just as easily as hours, and the passage would have been the same to him. When he finally made it to his couch, he noticed he was also uncertain of the length of the floor he had just traversed. At times the length seemed longer and other times it seemed shorter. Time and light did not register properly in his mind. The light waves in the room were discerned in the brain at irregular intervals causing the dimensions of the room to appear distorted. Light processed at erratic times in the brain could also account for perceived loss of time.

We see through this man’s experience, that it takes a certain amount of brain power to even understand the passage of time. Conversely, existence outside of time is beyond our comprehension. We would have to possess supernatural knowledge and understanding of the universe and how it was made, without which we could not possibly begin to relate absolute time to anyone on earth. If someone did in fact live outside of time he would by definition have to be God. He would see all points in time at the same time. He would need the knowledge to create a master plan that works around the will of man, possess the power to put it into action all at the same time, and be everywhere at the same time. An illustration of this is a painting of a picture in which God sets the background and we are the foreground. This painting is unique in that some paint goes where it wants to go regardless of the painter’s will. However, the painter will not allow chaos to reign so he paints his design around the chaos. It is an ever changing picture that God works to masterfully perfect.

It is also entirely possible for God to possess the whole of his existence at the same time. He could be enjoying us in heaven right now, and at the same moment keep watch over someone in Las Vegas, Nevada. I say “moment” because I have no word that indicates a point in existence having no time. Of course this attribute of God not only spans our time but also points in existence before time began and after it ends.

It is hard for a finite person to describe the infinite. What I hope is that this post will get you thinking. Just remember, after considering the hypothesis in the previous paragraphs, jot down your thoughts and comment right here.